Eczema is something I’ve only heard about from close friends and seen in pictures. It’s not something that affected me personally until our son Ronan came into our lives.

Ronan was born on Australia day, Jan 26th 2012 in Melbourne, Australia just after 1am. Ronan was a dream pregnancy and a good but long 12 hour labour. Ronan was a textbook baby – slept when the routine said he would and woke and fed when the
routine speculated Ronan would do so. By day Ronan sleep in the lounge where my 3 year old daughter made her usual noise and by night would go down to sleep instantly. Life was pretty easy until Ronan reached 7 week of age and I noticed cradle cap on his scalp. I did what any mother would do and called the local doctor and made an appointment. Ronan was checked and it was confirmed he had cradle cap and I was sent home with a cream that was given to me over the counter. I used this cream for
a week when I was also advised that olive oil would do the trick and being a natural alternative I switched instantly. I applied it daily before Ronan went to bed hoping that it was clear as soon as possible. As the weeks continued I noticed that Ronan’s
face was also looking a little dry so I went back to the doctor and it was advised that it was cradle cap on his face (which I had never  heard of) and to keep his skin well hydrated by moisturising daily. So as the weeks went on the usual routine was to
apply olive oil into Ronan’s scalp before bed and when he woke to bath him, wash his hair and get ready for the day.

Days turned into weeks and I had been through several bath products and moisturisers, yet Ronan’s skin wasn’t improving and I had no idea what was happening. The next morning I woke to find Ronan in a state that I hadn’t seen before and I nearly broke down in tears – inflamed red body and face, burning hot, scaly and crying baby. I rushed him to the doctors later that morning and was given a
prescription for steroid ointment, and was told that Ronan had eczema and that most babies get it and grow out of it and not to worry. The doctor advised me to bath him twice a week, to get a good moisturiser and apply the steroid ointment as needed. I left the doctors confused and uneducated on how to look after my baby. Panic is another thing that set in – steroids, aren’t they dangerous? So off I went to the local pharmacy to purchase more bath products and more moisturisers. So many products
on the market with eczema written on there, all say they control eczema, I went with whatever packaging I liked in the end.

This went on until Ronan was 5 months – happy baby, eating and putting on weight, sleeping no problem. Some days Ronan looked  great, but other days he would look sore with red itchy skin, red itchy flaky skin! On the morning of 1st July when we
woke my heart sank deep into my chest and I cried looking at him. Ronan was crying, was extremely hot to the touch, looking like inflamed hives covered his body. Of course I immediately thought it was the result of something new that I had used a few days prior and instantly blamed myself. I rushed him to the local children’s hospital and was seen straight away. Ronan was diagnosed with a bacterial infection that covered 95% of his tiny body, which in turn seriously aggravated and spread his existing Eczema. We were given lots of paperwork on eczema, the causes, why children get it and were told about an eczema clinic. Ronan was placed in wet wraps, was given oral meds, steroid ointments, bath oils and we were sent home. 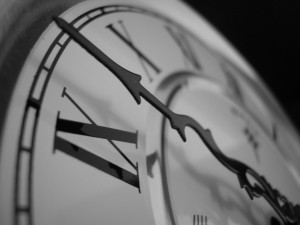 The following 4 days and nights were extremely tough – a 4 hour cycle of wet wraps, creams, ointments, steroids, oral meds, looking at the clock, constant tears, I was utterly lost! On day 5, I received a call from a lady at the eczema clinic run by the children’s hospital. After speaking with her, Ronan was placed into her eczema clinic the next morning as an emergency case. She was so lovely and knew where I was coming from, she advised me to do a few things for Ronan to make him comfortable and to come and see her the next morning.

The eczema clinic visit was very short but packed FULL of useful information. It was tough going but after going through 4 weeks of a flare up routine, it gave me the skills to help Ronan’s skin improve to the level it is today – soft, smooth, flawless and beautiful. Now I know what to do when Ronan has a flare up and I also know how to keep it under control. Without the help of the eczema clinic, I would still be lost and very confused. That is why I opened Eczema Kiddies on Facebook. It’s purely a discussion page for parents and guardians that have children with eczema. It’s a place to share stories and pictures, a place to vent because you’ve had a hard day
with eczema. It’s a place where you can discuss products and methods that have and haven’t worked for your kiddies and of course a place to make friends.

Francine Keller is the founder of  ‘Eczema Kiddies’, a Facebook page where parents & guardians can come together and talk about Eczema. It was created to share her experiences about caring for her son  with eczema and provide the information that’s been given to her through an Eczema clinic in Melbourne, Australia. She believes if she helps one parent, her job is done!

Thank you Francine for sharing your story!