In honor of the coming National Breastfeeding Month in August, I wanted this post to cater to mom’s nursing children with eczema. It’s a crazy world of eczema and moms of itchy babies must stick together!

When my daughter was younger, around 2 months old, she was diagnosed with eczema. I had NO idea what journey we were about to walk down. As I read up on eczema, what it was and what triggered it, I was surprised to find out that there are so many unanswered questions! So many ‘if- then’ statements. While I’m not expert or doctor on the matter, I can give my experiences and hope it helps another nursing mom out there!

Understanding what triggers your child’s eczema is a battle all within itself. Some parents figure out that it is food causing those terrible flare ups. If that’s the case for you as it was for us, the next step would be to remove/eliminate those food from his/her diet. However, if you are nursing that means you would need to eliminate them for your diet also. What we eat passes to them. I considered an elimination diet, where I would remove a food I thought was the culprit for some time and see if her eczema responds. Trial and error.

It became clear that my little one was (and still is) allergic to the protein in dairy. Of all things, DAIRY! The love of my life was allergic to my favorite food group. Ice Cream, milk, cheese, cream and the list goes on and on. I have to admit, it was SO hard for me to decide whether to stop eating these things. This would cut out most of my desserts alone! What’s even crazier is that I didn’t realize how much dairy I consumed until I thought about removing it. 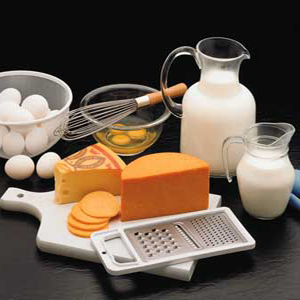 You probably already know this but, cheese is everywhere! On sandwiches, in salads, soups, cooked in desserts, in quiche…I should also mention the types of restaurants I wouldn’t be able to enjoy to the max: Mexican, Italian, Icecream shops, Greek, Pizza… Do you see how my world would change? (I digress)

As a mom, we have to make difficult decisions. The first decision for me: Do I even want to give up dairy? Maybe it’s a good time to stop nursing. OK, selfish, but real. Who wants to give up their favorite food group for an undertemined amount of time. The second decision was, even if I do give up dairy (and I see improvement) can I really stick to it? I knew if I slipped that she would suffer with rashes and itchiness.

I decided to go for it! The least I could do was give it a try. There are too many pro’s for continued nursing than not, so I began my dairy free journey.

To prepare myself for success, I had to do a mindset shift and get a bit of gear to make sure I had a supply of milk for her whenever I was away. My favorite pump is the Ameda Breastpump

and a few others and I really love the Ameda. I also had a do a bit of pump and dump if a ‘no-no’ slipped into my diet. Liquid gold isn’t taken for granted so rarely did this happening.

For almost 10 months, I was 99.5% dairy free (give or take the spoonfuls of this and that I couldn’t resist!). While I saw a dramatic difference in my daughter’s skin, I also saw how my perspective on food changed. Her eczema wasn’t cured, but her symptoms definitely decreased.

I began tasting and trying new foods. From vegan to goats milk. Trying to forget about the joys of dairy was hard, but finding alternatives was actually fun.  Of course, once I stopped nursing I ate ALL THINGS DAIRY. Reminiscing makes me smile. However, I am forever grateful for that moment in time when I could provide my daughter with much needed nourishment by sacrificing one of my joys.

Eventually she stopped nursing and I went on the hunt for an alternative milk for her. We found Pacific hemp milk

But that’s a whole new post within itself! If you are in the middle of deciding whether to eliminate a food from your diet, give it a try.

2 thoughts on “For the Love of Food! Nursing & Eczema”